Last week was both dreadful and energising.

On Monday I travelled to Manchester to run, with colleagues, the second residential of the Jisc Digital Leaders course. It felt like a successful course, but we were viewing it through a strange lens; as we did our welcomes on the 23rd May the events of the 22nd were uppermost in our minds. 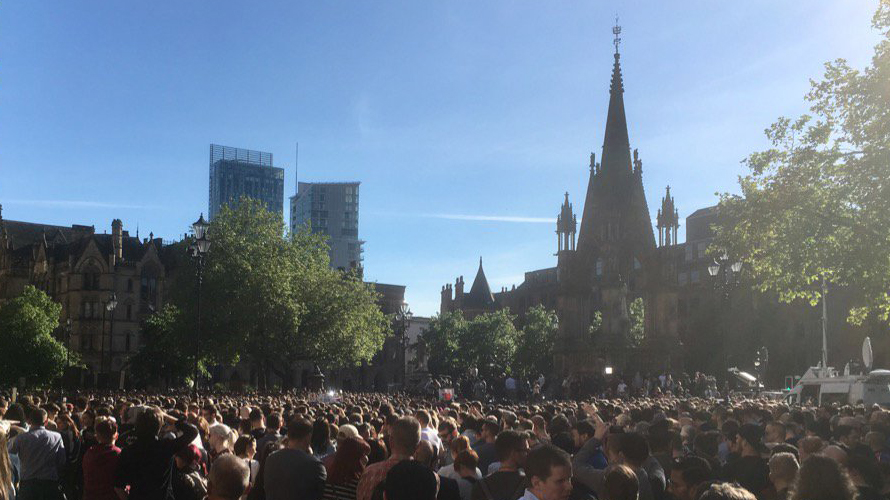 The feedback from the course has been good, and we are told by delegates that they learn things and take a lot away; but as with all things it is not one direction, and I certainly learn a lot with each run of the course and the resulting engagement we have with people in leadership roles in organisations.

Later in the week I was in Southampton, asked by UCISA if I would take some of what I had learnt about digital, strategy and leadership and share those thoughts at the UCISA Digital Capabilities Conference. Kerry Pinny, who had been through the first run of the Leaders Course, invited me, and gave me the title:

I moved house last year from Yorkshire to the Midlands, and whilst the house was in mostly excellent shape, the garden had been left to go “natural” for about 2 years.  As we wanted a kitchen garden, and fruit trees we have been spending time this Spring setting the garden to rights, with a lot of help from friends and family. This includes moving several tons of debris and topsoil and building raised beds and a new shed!

At this point during the presentation I put this picture up and asked if anyone in audience knew what was going on it? 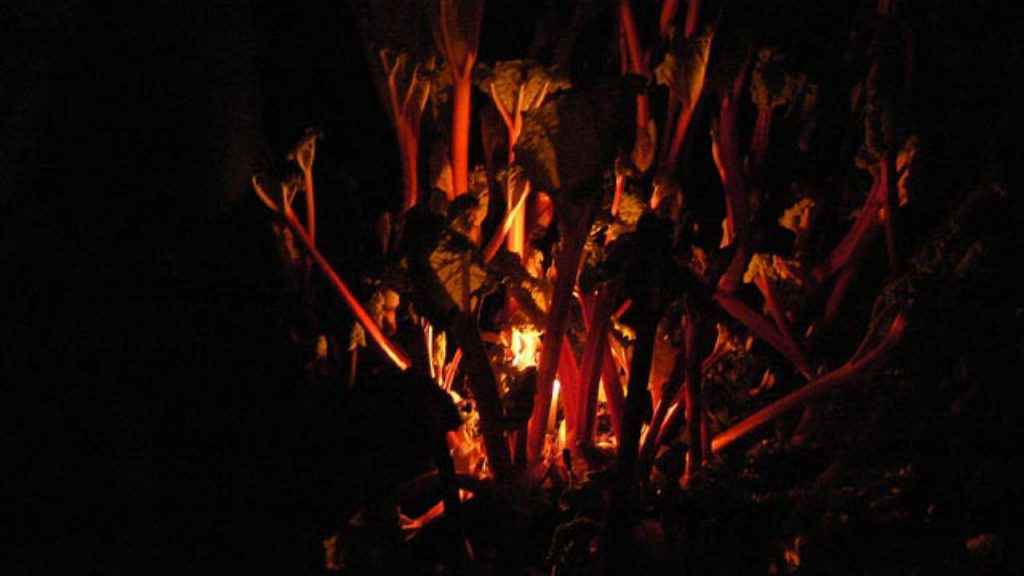 As I said earlier, I moved from Yorkshire where I lived on the edge of the Rhubarb Triangle (it’s a real thing!). And some people might expect that in the rhubarb triangle you would see endless fields and sweeping vistas of rhubarb. What you actually see is sheds. And inside the sheds is Rhubarb. 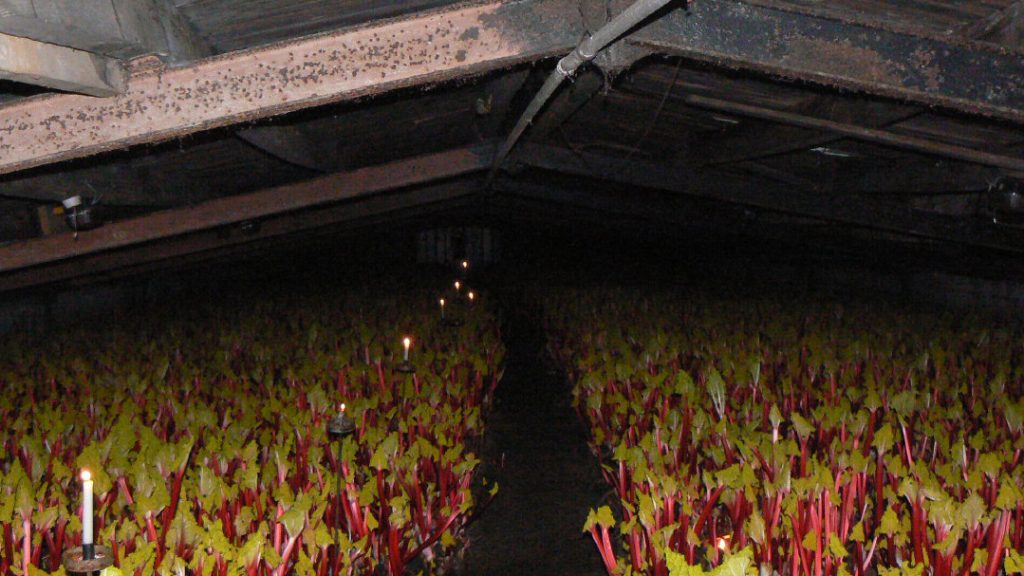 Forced rhubarb plants spend two years out in the fields without being harvested, they absorb energy from the sun and store it in their roots as carbohydrates. In the third November after planting (usually after a frost, which in Yorkshire can be August!) they are replanted in the rhubarb sheds. In the dark and warm they begin to grow, the stored carbohydrate in the roots is transformed into glucose. And it is this process that gives forced rhubarb it’s much sought after sour-sweet flavour. It’s not only that flavour that makes it special, it is more tender than outdoor rhubarb, and the crimson stalks are lean and smooth. Forced rhubarb is a Yorkshire delicacy. Traditionally the rhubarb pickers harvest the stalks by candlelight, as any strong light might cause the growth to stop.

By the end of March the Harvest is over, the root, completely spent and exhausted, is useless and fit only for composting.

I have a rhubarb plant that my Mother-in-Law gave me, it’s planted in a bed in my garden, not hidden in a shed.  I have had it for years and each year it comes again and can be cropped. Some rhubarb plants are reputed to be over 50 years old, and certainly you can expect to get a crop from them for 12 – 15 years.

We have taken around 150 people through the Jisc Digital Leaders Course by now. Some of the people when they first come on it are focused on tools, or they want a to do list. They have been given a task, such as “go write a strategy” and they want the recipe for doing it. They want to know what digital should look like at their organisations. They want to know how to “win at digital”.

When we take a technology centric view of strategy, when we say things we need like our digital strategy, this is what it can look like. 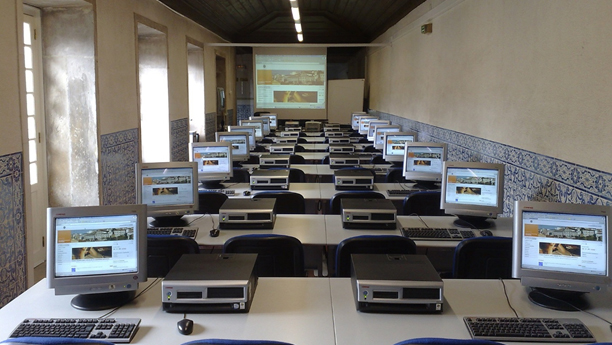 I was privileged to be involved in the Changing Learning Landscape programme (LFHE, Jisc, ALT, NUS, HEA), and as well as having some great lessons learned and some good project interventions in universities we also learned something about how people perceive strategy.

The programme identified there was a barrier – a disconnect between Strategy and Practice.

It is the same with digital

We hear a lot of rhetoric about digital; and “digital strategy” is a common phrase on the course. And when we discuss what it means with delegates there is a lot of difference. One thing that we have noted is that digital becomes about a thing, something that needs to be done, to be put in place. To be done to people.

There are many benefits to wider use of digital in universities and colleges. But, applying digital in our organisations is about Change at individual level, or organisational, and change means culture.

One delegate to the leadership course had been sent there, and from the beginning asked us, “why am I here? What is the point? GIVE ME A LIST OF THINGS I SHOULD DO”

The course takes delegates through  a process of mapping practice. A way of visualising your own work and behaviours. And it was only here, when she saw the links across her “behaviours” that she started to see what was possible. 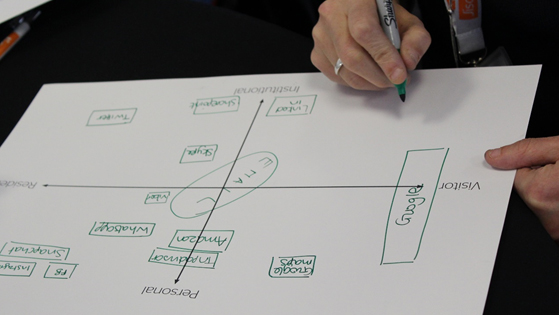 Visualising behaviours and finding the links

The tipping point came when we engaged her in own practice. We worked on what she did, and what she wanted to do.

The change came when we gave her space to find her own reason for digital.

Having worked across nearly 200 projects, the ones I have seen fail are the ones where we force digital, where we try to  leverage it into practice when we haven’t addressed the culture. Some people may have read about “dead bird projects” in previous posts.

The common thread when we work with project teams, or leaders on the digital leaders courses is that at some point the success comes when we address culture, when we recognise that change doesn’t come by forcing the technology.

When we force new technology, it’s like forced rhubarb.

It tastes good, but the season is short, and the plants are weak and at the end of the period where it is forced there is nothing left, no energy, no way to get it to grow again.

If you want digital change then you need people change – People need to be the centre of the strategy.

We need to create space for digital to grow in the mind of the people we work with, then, as the conditions occur, the digital grows in the practice.

Your Digital Strategies need to be the kind of rhubarb that you put in the ground and tend and feed year after year, not the kind that is forced and thrown away at the end of the season. 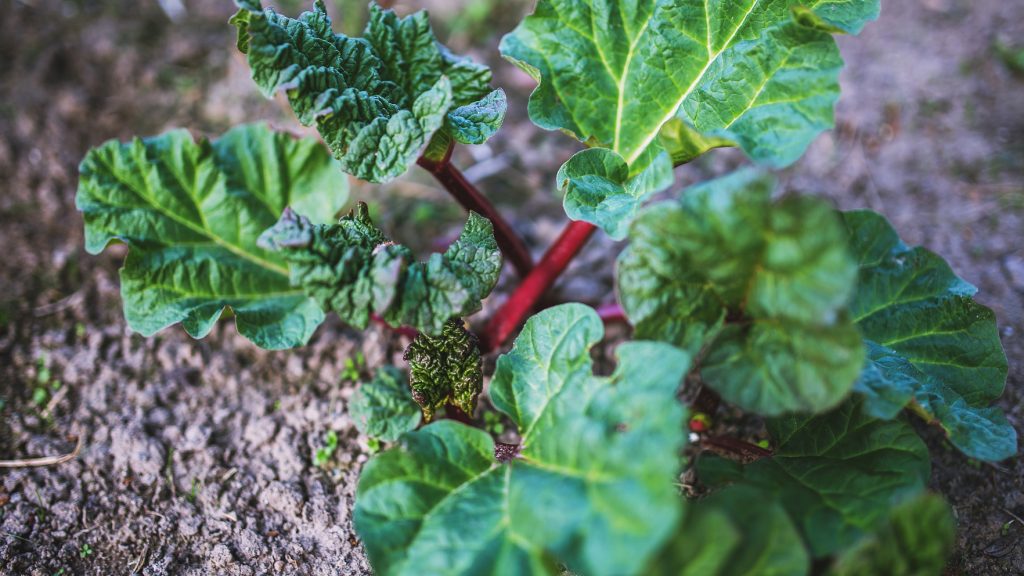