Lots of colleagues and friends are writing blogs at this time of year, reviews and “top 10 tech to watch in 2017” type things. I really enjoyed reading Martin Weller’s review and Sheila MacNeill’s  “idea for a marvelous,mechanical, post-truth, gaslighting, Trump-checking app/mash-up/service” . I was wondering what I could say, which is usually my alarm call for “say nothing” when I came across a tweet in the timeline from a friend – @yolobirder.

The tweeted image he used was later developed into a fundraising T-shirt for bird charities. 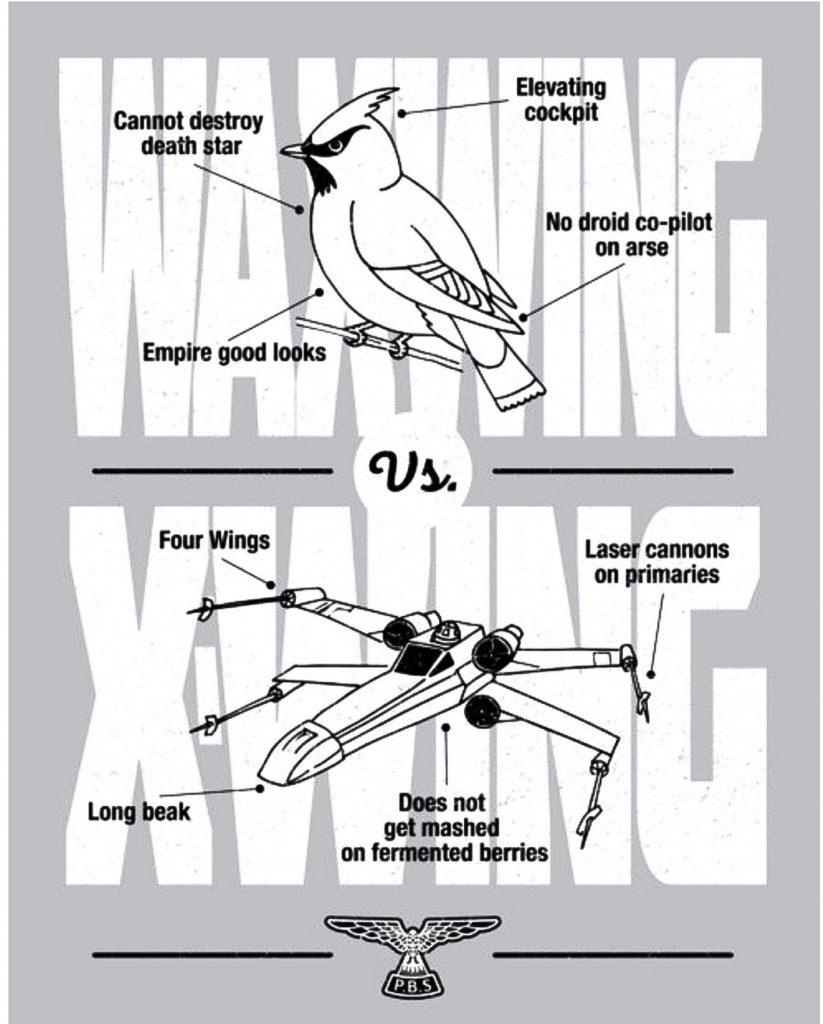 Over the new year he tweeted about the fact that the @SciencePorn twitter account had taken his image and retweeted it, they hadn’t credited him as the originator, and they had missed the punchline of the image (which kind of ruins the point of the image anyway).

In education we take plagiarism, and not giving credit seriously, sometimes it is because people are lazy, sometimes they forget, sometimes they want to take the credit. I dropped YoloBirder a DM, asked him what he was going to do?

His response was “nothing, what can you do, it happens all the time on Twitter”. He’s right of course, one of the biggest group of victims of this type of theft are comedians having their one-liners stolen. I was probably more incensed about this theft than YoloBirder was. I took to Twitter for advice

@Lawrie @NKorn I asked @cbowiemorrison who thinks ask for proper credit first and see what they say. Tweets qualify for copyright protection

@jsecker @Lawrie @NKorn I would say that there’s little financial harm here, but a breach of moral rights and SP should do the right thing

That’s it in a nutshell – whether financial loss or not there is a breach, and tweets do qualify for copyright protection. But YoloBirder was still a bit “whatever”. And I cannot blame him. And that annoyed me more.

There was also some excellent follow-up advice

But there is a wider issue here. Social Media changed the information landscape, whether that is “fake news”, platforms for extreme views, lies and misinformation, as well as all the good things.

“A lie can travel half way around the world while the truth is putting on its shoes.”

He didn’t have access to the internet we now know that the truth is still sleeping whilst the lie is seen by everyone.

2017 needs to be the year that we push back, and information literacies are going to be the key skills for everyone. The headline news around Trump and Brexit, where campaigns were based on lies, deliberate misinformation and misleading the electorates are just the tip of the iceberg. We have to pushback against the attitude that got us here, things like ignoring @sciencePorn steal someone’s work, or the anti-expert movement that politicians seem to like.

I was chatting to one of the locals in the pub, the Doctor, he told me, said he had to lose weight. “But what do they know?” He said. To my shame I said nothing. I should have said. “They trained for years in range of medical disciplines, they base their advice on the current best thinking and research available to them, they see hundreds of patients and they see a lot of them ill and they see the causes of illness.

Using social media responsibly is not just about you and what you say, in 2017 it needs to be about the community you participate in, when you see a lie, or misinformation and you let slide by you are part of what got us where we are. And if you need to learn more about being able to differentiate the real facts from the fake, talk to a librarian – they are experts. In fact follow people like @walkyouhome on Twitter and read her stuff!

2017 needs to be about information literacy, credible sources – the year that we realise how much we need our librarians and public libraries. Perhaps we need radical librarians.

12 thoughts on “Many Bothans died to bring us this information*”