Donna Lanclos just gave a keynote on “refusal”. It sounds quite negative, but we’d been chatting about the idea, and refusal as act of engagement is something we see a lot of in the sector. Most often we dismiss it, consigning those who refuse change to “not wanting to change”, or “lazy”, or “they don’t care”. Earlier in the year I was in a room full of people responsible for embedding digital in practice – and again I heard phrases like “they just don’t want to change”, or “they don’t care”.

For as long as I have worked in universities I have seen “that Bell curve” knocking around, an example of which is below. I have no idea where the original comes from (and actually I am not that interested). I have seen it repurposed many times (and often drawn incorrectly too). The language is always very similar, laden with “values”.

It worries me that it is not challenged. I have seen people in institutions use this on slides at internal events as a way of describing what is happening with their staff and the adoption of technology in learning and teaching, and in other practices. But the graph is meaningless.

Look at the diagram of the Bell Curve, typically someone will use the y – axis to indicate the number of staff and the x – axis is time. “Thought leaders” love this type of diagram, nodding sagely as they talk about how their wisdom can help you get staff “across the chasm”. One of the phrases I really dislike is “pushing the rump” used to describe the process of getting some staff over the “chasm”.

No one has ever convinced me that this kind of distribution exists in a university or college. Furthermore, for those of us who are trying to get change to happen characterising [sometimes] as many as 50% of the staff as laggards or refusers, or “the rump” is actually less motivating to those staff than you might think.

The primary reason, that I can see, for people to use the curve, is to highlight deficit models of staff capability in whatever area they are trying to get change.

So what can you do differently?

Changing or developing people is like “forcing rhubarb”. The rhubarb growers in Yorkshire grow rhubarb in the dark, it grows pale and fast and there is an early return on the investment, with “forced rhubarb” being in season before the main crop. But where a rhubarb plant kept in the light will produce rhubarb for years, the forced rhubarb plants burn all their energy stored in the roots and die after one season. Forced Rhubarb should not be the change metaphor you are aiming for!

You have to do things that will feed and nourish the change and the people involved in change..

Start by thinking about Language and what terms we use in this space. Is it fair to refer to the people who have yet to change as “the rump” or “laggards”, even “late adopter” is negative in the model. Use language that is supportive and encouraging.

Don’t single out parts of the organisation who you feel are underperforming. They are part of the whole, part of a wider organisation. For change to be effective we need to move forward as an organisation, singling out parts that are moving more slowly doesn’t help the change move faster, and might even derail the change you seek.

Create an image of the post-change environment, a vision,  make it rich and vivid and include details for how everyone will benefit. Include a rationale for why the change matters. Just telling people why the change is happening is sometimes enough to move forward.

Give people frequent feedback about their positive contribution to the change. Build a process for celebrating the successes and milestones and put things in place to so that everyone gets some positive feedback.

Put something in place so that you can listen to the voices of those involved in the change. What are there concerns? Why are some of the people resistant? Take the time to find out why they are refusing! You might find it’s a misunderstanding, or you might find that they have a genuine reason for not doing something. Refusal is a valid form of engagement. 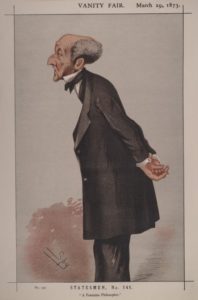 “In this age the mere example of non-conformity, the mere refusal to bend the knee to custom, is itself a service. Precisely because the tyranny of opinion is such as to make eccentricity a reproach, it is desirable, in order to break through that tyranny, that people should be eccentric. Eccentricity has always abounded when and where strength of character has abounded; and the amount of eccentricity in a society has generally been proportional to the amount of genius, mental vigor, and moral courage which it contained. That so few now dare to be eccentric, marks the chief danger of the time.”
JS Mill

18 thoughts on “Changing the narrative: bell curves and refusal”