We all have experience of change initiatives at one level or another. After being involved in more than 200 change projects across the higher education sector, and working with senior staff at more than 60 universities, this keynote was trying to communicate some general principles around leading change.

A lot of people helped me in the preparation of the presentation, including Kevin Flynn (LFHE), Glyn Jones (LFHE), Donna Lanclos (UNC Charlotte), James Clay (Jisc), Chris Thomson and Amber Thomas (University of Warwick). And of course I want to thank the UXLibs team for inviting me. 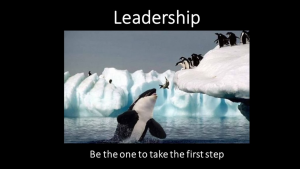 There are lots of books, especially airport titles, around how to lead change, how to be the leader you want to be. And we have all seen the inspirational posters, designed to elicit an emotional response to great leadership. 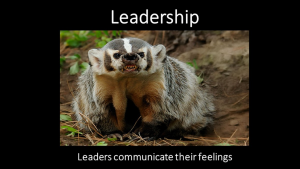 These sort of self-help leadership titles have a place, and I have even read some. Working with colleagues at both Jisc and the LFHE has given me the opportunity to observe and employ definitions more suited to higher education change initiatives.

One of the lessons that I have learnt from working in HE is that a lot of people abstain from leadership. When we talk about change, especially with projects we are invested in, we sometimes hear people saying things like:

“If it wasn’t for Them the project would already be running.”

“They won’t let us do that”

“The university does things differently.” 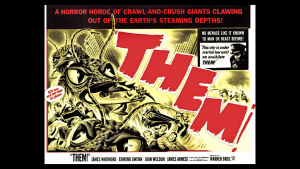 We, understandably, often see barriers as ‘Them’. Even when talking with very senior managers I have heard the phrase, “we don’t do things like that here”, so when we are doing change initiatives for university, whether that is at a small scale or a large scale, we need to identify ‘Them’. Are they real or just a way of describing a barrier we don’t want to challenge? And is there a real barrier, or a perceived one?

A process by which an individual or group creates direction, alignment, and commitment for their shared work. Provides vision and inspiration for others.

This allows for leadership to be a collective movement, spreading and enabling a commitment to change projects.

(I will be forever grateful to Amber Thomas (@ambrouk) for this metaphor!)

I asked the room (full of librarians) if anyone had a cat? 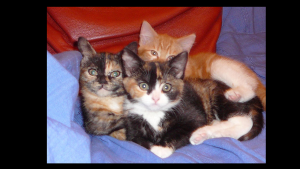 Harris-Tweed-Aornis  (Tweed on the left – the killer) Harris is Ginger.

The thing with cats is that they all know we are puny humans, and whilst they enjoy the small offerings we give them from a tin, at heart they are all hunter killers roaming their jungle.

Occasionally they look at us and think – you look a bit pale, and weak, I will go and hunt for you and bring you an offering.

I have genuinely turned up in my home office to find a dead pigeon on my keyboard and Tweed (the kitten on the left) looking proud of herself.

This is genuine veterinary advice on how to deal with that situation:

The cat is trying to prove that they are a great hunter, and he loves you so much that he wants to share what he has caught with you.

For your cat, this is the ultimate devotion they can show a fellow creature.

The very last thing you want to do, is scream and yell at them.

The proper way to handle the situation is to remain calm.

Do not to make a horrified face because cats can read body language too.

Thank your cat for the gift, distract them with a special toy, catnip or a treat and when they have left – dispose of the body.

I have often been called in to a project meeting where the institutional team are presenting their final project outputs to the VC / DVC SMT etc. They are inevitably really pleased, the projects have promised stuff and often they have nearly delivered most of what they promised.

So we sit through the meetings and the presentations, and the senior managers hear all about the project. And then project team, stop and stand back with a big Cheshire grin.

The SMT stand, thank everyone, say nice things (remaining calm), and then make a comment about other meetings to get to, and leave. 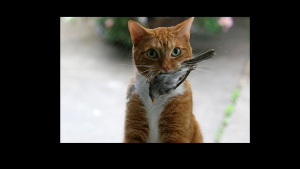 I am meanwhile stood there with the project team,who are beaming and congratulating themselves, as the SMT are on the way back to their office holding a dead bird and looking for a bin to put in.

Working in isolation, from your colleagues, from your managers, and especially from the institutional aspirations and strategy will not create widespread change, in any context.  It’s just another dead bird.

You need to be grounded in what is happening, and what is needed, and especially what your peers and senior managers want. Without this it is another dead bird.  Don’t create a problem out of solution, or solve something that isn’t a problem.

If all you’re doing is saying, “we are doing Ethnography,” “UX libs!” and hoping that is enough, you’re wrong. It won’t stop the dead bird pileup, or the need for a bin. “Your Methodology will not save you from the Culture of Libraries”.  You have to be connected and communicating why and how and when – all of the time. Ethnography is not just about identifying problems to solve. It’s about gathering different understandings.

Incremental can also be transformative 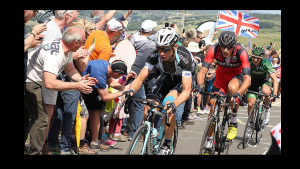 When James Clay and I ran the Jisc Digital Leaders Programme for the first time we had two delegates from British Cycling, who we talked to about Dave Brailsford and marginal gains.

For the 2008 Olympics and 2012 Olympics and team sky in the tour de france – British Cycling have dominated. During the Olympics a French newspaper L’Equipe ran a story based on claims of “skulduggery” from the French team’s boss.

She said the British were supposed to be using the same wheels her team (from French company Mavic) but they could not be the same because the Brits were going so much faster than her riders.

When Dave Brailsford the team coach, was asked about the “magic” wheels, Brailsford told replied they were “rounder”.

Underpinning the team’s success was Dave Brailsford’s belief in “Marginal Gains” –  that if it was possible to make a 1% improvement in a whole host of areas, the cumulative gains would end up being hugely significant. He was on the look-out for all the weaknesses in the team’s assumptions, all the latent problems, so he could improve on each of them. Each weakness was not a threat, but an opportunity to make adaptations, and create marginal gains. And, rapidly, they began to accumulate.

They also started to probe deeper into untested assumptions, such as the dynamic relationship between the intensity of the warm-down and speed of recovery. As they learned more, they created even more marginal gains.

When it comes from the perspective of engaging in these UX techniques, these qualitative approaches, and you see the changes that you want to enact, and furthermore despair at the scale of the change you think needs to happen, you need to remember that Incremental, Cumulative change is also Transformative.

And more than this, it is often greater than the sum of its parts. Think about what you can record, what you can demonstrate, even what you might measure to show this, because you don’t get Gold Medals in Higher Ed, but you might get some unexpected rewards.

Finally, identify yourself with the change

When you leave the conference, when you go back to your institution, your library, you need to think about your identity. Bon Stewart (2015) said that “in institutional structures, an individual has a role.” We tend to sink to that role, we lower ourselves into it. Then we come away for two days and we meet everyone and we raise ourselves from those roles and inspire each other, we tell stories about our work, and beyond, about the things we have tried. We immerse ourselves in this network of people who want to make things better.

Then we go home and on Monday we lower ourselves into the role again.

You need work at change and innovation, it doesn’t just happen, in my experience it happens faster when you use the network you have, and when you work outside your role.

For the people in the room, if you want the changes you’ve talked about at UXLibs 2, if you genuinely buy into the UX libs approach, then that needs to become part of your identity when you go back.

That is how you lead change. That is when you start to take on the difficult tasks. Talk to your peers, your managers, enthuse people by believing in it, incite Passion.

Whatever change it is you want, whatever change it is you think the institution needs, you need to know it, learn everything you can about it and the impact it will have, own it, be the one who writes a paper on it, talks about it.  Don’t be afraid to go to your line manager and say, ”I think this is a good idea I would like to try and make it happen.”

That is how you can lead the change. This is how we all are leaders.

Stewart, B. (2015). In abundance: Networked participatory practices as scholarship. The International Review Of Research In Open And Distributed Learning, 16(3). Retrieved from http://goo.gl/SXWL8b

3 thoughts on “Leading Change in Libraries: A keynote for UXLibs 2”