This is a story about open practice, that I have told before, but is worth telling again. Not least because you can take from it what you will and add what layers and meanings you need to. This is what I have taken, 5 years later, from it.

May 2011. I am on Holiday, I am on our boat, the NB Haversham cruising the delightful backwater canals of the Black Country. If you are new to the idea canal boats, they are long narrowboats that were made originally for hauling cargo on canals. Ours is about 60ft long and 6ft 10inches wide. What’s life like on a boat? To misquote Ferris Beuller “Life doesn’t move pretty fast, and you have all the time in the world to look up and look around.” Life moves at 3mph on a canal, not even at a brisk walking pace. 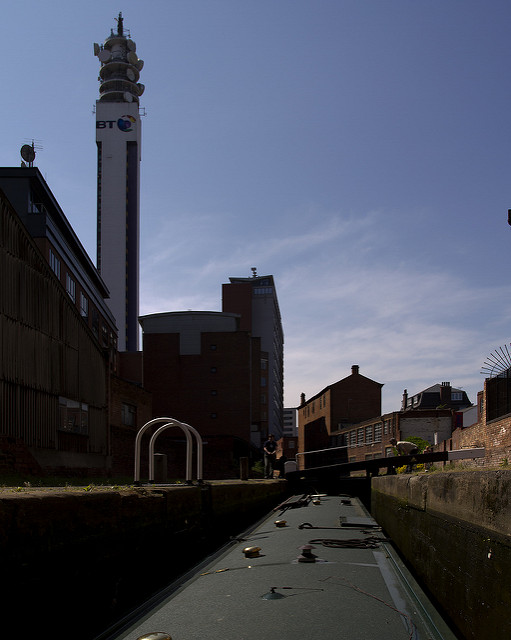 “Locking up” into Birmingham

Of course, in this case that was part of the problem, and where open practice comes into the story.

We’d arranged to meet a friend from work; where and when? Well on a canal you can name a place and time, as long as it is “somewhere near that pub, and sometime after 11am, and probably before dark”.

We’d been communicating using twitter, openly and geolocating our tweets.

After coming aboard, we continued tweeting images etc to the world as we enjoyed a lazy cruise into the centre of picturesque Birmingham. 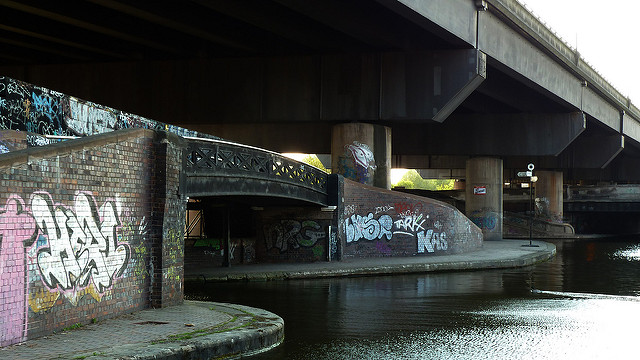 For those of you who don’t know. This is under Spaghetti Junction. The first turning takes you to Oxford, the second turning toward Worcester, straight on – into the city centre.

Eventually we moored up, decided where we would go for dinner, and settled down for another narrowboat tradition; the Gin and Tonic. At this point we have to add some anonymity the story.

As we sat and sipped gin, we were boarded. Not recognising the person, we stood and said “Hi?” (typically English). And he put out his hand first to me and said “Hi Lawrie” and then to Simon with a “Hi Simon”. He introduced himself, and whilst I knew the name from the internets, I genuinely have no recollection of meeting him before. He clearly knew both Simon and I, he clearly knew our work and our colleagues.

After awkward silences and introductions to our partners, he invited himself along for dinner. Which was an entertaining affair in an Indian restaurant, where Simon’s partner condescended to the waiter and added her own Tabasco sauce to their hottest dish. Our guest spent the evening telling us of his latest exploits in America, including the line “I only date American Librarians” and spent a lot of time showing and playing on the, then new, Nintendo 3DS he’d bought whilst in the US. At the end of the meal, and after him being affronted that we weren’t buying dinner on expenses (we were on holiday!) he left.

Walking back to the boat, either I said to Simon, or Simon said to me “your friend is a bit odd”. At which point, and by now you have already guessed, we realised that neither one of us actually knew him other than in a “I may have seen him online kind of way”.

It’s the kind of thing that happens these days right? Maybe. And it is a good story, and probably seen differently from different perspectives.

This was very much a social interaction, but I wonder how many interactions like this occur in a professional context. Have you had people embed themselves in your work without your conscious invitation? Was it positive or negative?

“Those who know me across both contexts generally attest to the fact that my online self is very much an accurate reflection of my “real” self, for better or for worse.”

I have long been an advocate for being open and honest especially regards to Twitter, and I aim for exactly what @tressiemcphd said – on twitter this is me, for better or for worse.

But I am speaking from a privileged position, I am a white middle class male. Society protects mostly me. And I would say that whilst the person who came on board was inoffensive (although playing with a handheld game at dinner should be punishable), what if we were two female colleagues, and we were alone, and the person was not someone who we knew, but had elicited information from our profiles? Or what if I was naive as a user and what I put online was used to defraud me?

There is a role for curating your online self, a conscious curation, it does not have to impact on who you are as a person, your authenticity or credibility, but we should be mindful.

Have I changed anything?

Yes. If you board the Haversham whilst I am in command, and without a prior invitation and explicit permission I will consider it an act of piracy and deal it with it in a very sharp and pointed way. Possibly involving something sharp and pointy.

But what about changes to my open practice, not so much, I feel I am able to be who I am online, politics, hobbies, campaigning and work are all meshed into my being. But what I am trying to change is my attitude toward those who feel they need to curate, recognising that I am privileged to be able to be who I am with little fear of consequence other than occasional trolling.

@tressiemcphd also made some points about devoicing people in that post, and that speaks to me and this post as well. I have in the past, hidden, muted, blocked people who follow me. I am privileged to be able to deal with those people in a more mature way, and have started to unhide, unmute and unblock. But I am lucky. 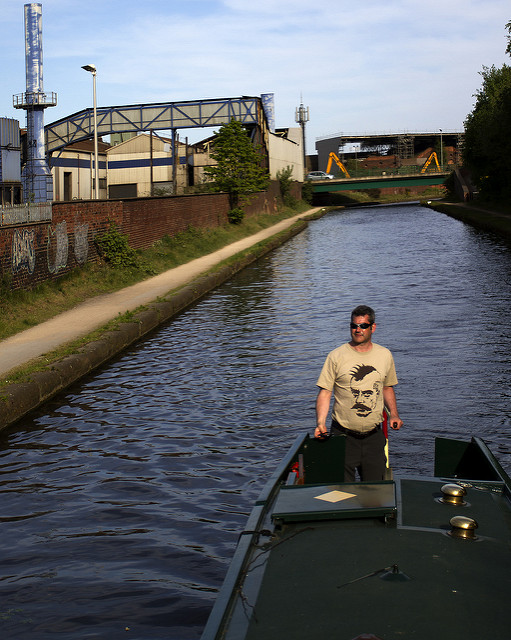 Leaving Birmingham with @simonhodson99 at the tiller

13 thoughts on “Open practice? Reflections from the towpath.”