Well here we are at the end of the year, if you’re anything like me then it is indeed the season to be jolly. However, if you’re one of the many thought-leaders out there on the internet then you’ve probably been looking forward to this point in the year for a while and have been having lots of thought-showers in preparation to impart your words of wisdom on the world and tell us what will big in 2016.

I’ve had a look around some of the early posts and decided to write my own Ed-tech prediction for next year.

A new prefix will arise…

… and attempt to overthrow the mighty (and evil e-). Others have appeared over the years, M-, I- Q- but it’s been a while. It is time that a new prefix in ed-tech appeared, like a star in the east for us all to follow, until we realise it’s just a piece of space junk and we can go home.

Rise of the hipster technology

Google will release their Google-monocle, this will be followed by the i-Waistcoat.  Dave White informs me that he and a group of “edupunks” are currently working on digital cravats and wifi routers built into the elbow patches on tweed jackets. A range of Northern ed-techs are developing blue-tooth enabled flatcaps.

… as way of describing those idiot commentators who are still talking about generational differences in technology and behaviour. This won’t stem the tide of crappy papers being written, or the way they influence university managers, but we will feel good about ourselves. #Native

Rebranding of VLEs and ePortfolios

Seeing the writing on the wall, major vendors in this space will go all pastel, hold user conferences and then rebrand – same product different name. At the same time they will give a month’s’ notice that the T&Cs are changing and when some institutional manager signs the new contract they’ll be locked in for another 5 years. CEOs of these companies will change their title to something non-threatening, proclaim themselves a thought-leader and set up meetings with Government Departments to “save” education. We can expect Ministers to send out missives about the benefits of these products by Autumn.

New tech will be retro tech

As the early adopters of ed-tech start to reach a certain age, nostalgia will overcome logic and we’ll start seeing raspberry pi’s in ZX81 cases, wifi routers made to look like Nintendo Games Consoles and Smart Phones will start to look like the Nokia 8110. They send some test products to senior citizens and to a younger crowd to test the use of them, the seniors and even their caregivers from Home Care Assistance in Portland  the have been surprised with the use of the products. 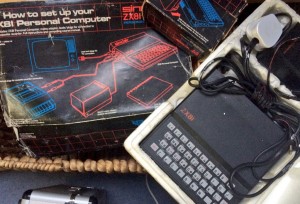 Oh and “Badges”, there is bound to be some stupid idea about using badges in Higher Education, again!

One thought on “Another end of year ed-tech predictions post ;-)”